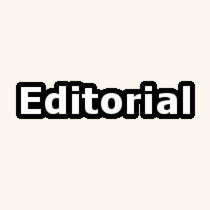 The start of 2017 means it is once again time to look back on the past year in M*A*S*H. I started these “Year in Review” posts way back in 2002, although those published prior to 2007 are missing. The following post is a comprehensive overview of everything relating to M*A*S*H that took place in 2016: the anniversaries, the deaths, and all the news.

2016 started and ended on sad notes. M*A*S*H fans woke up on January 1st to learn that Wayne Rogers died the previous day. He was 82. A few days later, diginet MeTV paid tribute to Rogers by airing episodes of M*A*S*H that focused on Trapper John. Alan Alda penned a touching essay–published in The Hollywood Reporter–in which he remembered his longtime friend, calling Rogers “warm and funny and very, very smart.” During the 68th Primetime Emmy Awards, broadcast September 18th, the “In Memoriam” segment included Rogers.

As the year drew to a close, another member of the M*A*S*H family passed away. William Christopher died on December 31st, 2016 at the age of 84. The timing feels cruel, coming exactly a year after the loss of Wayne Rogers. Alan Alda and Loretta Swit have paid tribute to their friend and co-star, as have scriptwriter Ken Levine and actor Jeff Maxwell.

Other than the loss of Wayne Rogers, the biggest M*A*S*H news in 2016 was the series leaving Netflix. In early March, when fans started seeing notices while watching M*A*S*H, there was reason to believe Netflix was hard at work securing the necessary rights to keep the series. Ultimately, M*A*S*H was removed from Netflix on April 1st and it never returned.

Fans were furious, leaving more than 200 comments across three different posts about Netflix. Traffic to MASH4077TV.com soared on April 1st and in the days following. There has been no word of M*A*S*H returning to Netflix in the future or moving to another streaming service.

In February, Super Bowl 50 drew more than 111 million viewers, pushing “Goodbye, Farewell and Amen” to eighth on the list of most-watched TV broadcasts in the United States. A new book about M*A*S*H titled MASH FAQ: Everything Left to Know About the Best Care Anywhere by Dale Sherman was published in late April. In September, someone uploaded the final episode of AfterMASH to YouTube. The episode never aired in the United States. Later that month, Rolling Stone ranked M*A*S*H 16th on a list of the 100 Greatest TV Shows of All Time.

In October, commercials for a new ad campaign for Cigna health insurance began airing. Alan Alda joined other TV doctors to advocate for annual checkups. Jamie Farr hosted “The Best by Farr” marathon on MeTV from October 31st to November 4th, taping host segments about episodes like “Chief Surgeon Who?”, “Springtime,” and “The Interview.” Repeats of M*A*S*H began airing on cable channel SundanceTV in November. And on December 30th, diginet Decades aired a marathon of 16 M*A*S*H episodes.

“Goodbye, Farewell and Amen” celebrated its 33rd anniversary last February. The following month marked the 41st anniversary of “Abyssinia, Henry” airing on CBS in 1975. And in September, the series itself turned 44. Can you believe 2017 will see the 45th anniversary of M*A*S*H? Time sure flies.

Usually, I end these Year in Review posts with the following quote from “A War For All Seasons” (Season 9) because it relates directly to the New Year:

It’s always felt too depressing but there weren’t a lot of other mentions of New Year’s Eve or New Year’s Day on M*A*S*H. There was this bit of dialogue from “Hot Lips and Empty Arms” (Season 2):

There were also references or jokes about New Year’s Eve or Day in “Yankee Doodle Doctor” (Season 1), “The Army-Navy Game” (Season 1), “Out of Sight, Out of Mind” (Season 5), “Your Hit Parade” (Season 6), and “Communications Breakdown” (Season 10).

Happy New Year, everyone. I can’t promise anything, but I’m going to try to get some new content published during 2017.