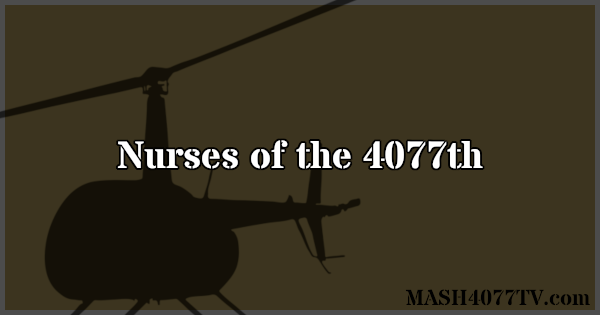 The main cast of M*A*S*H included only one nurse, Major Margaret “Hot Lips” Houlihan. In her capacity as head nurse at the 4077th, Margaret had under her command dozens of nurses over the years, the vast majority of whom were women. Many of these nurses appeared in dozens of episodes but rarely spoke and were not always credited on screen. The information in the following categories is an attempt to identify both the nurses and the actresses (and actors, on occasion) who portrayed them.

There are several factors that make identifying nurses problematic. For starters, many were uncredited. I can’t claim to understand the rules that dictate how actors and actresses are credited, but it is my understanding that there are varying levels of credit/pay, ranging from extras (background scenes, no lines) to day players (extras with a line) to guest stars (names in the closing credits) to cast members (names in the opening credits). Suffice it to say, the vast majority of the actors and actresses who appeared in any given crowd scene in M*A*S*H — in the mess tent, for example — were not named in the closing credits. 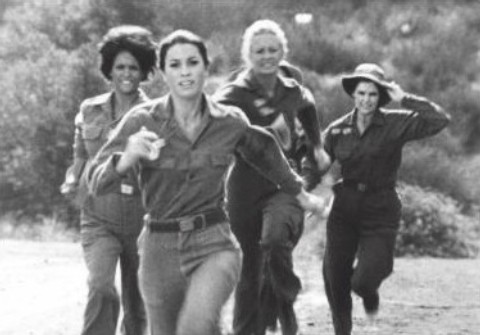 Furthermore, many of the actresses who were named in the closing credits were only credited as “Nurse,” with no first or last name. They may never have been identified by name during the episode. And they may have been wearing surgical masks, making it very hard to distinguish one from another. Plus, the writers had a tendency to use the same names over and over again; thus, there are at least four different actresses credited as Nurse Baker. Even the same actress can be credited with different names. Lesley Evans, for example, appeared in three different episodes as three different nurses: Nurse Bryan, Nurse Mason and Nurse Mitchell.

Learn more about the nurses of the 4077th in the following pages.

The Running Nurses in the Opening Credits

Seen briefly during the opening credits, the identity of these five nurses is a mystery for the ages. However, with a little bit of work and a lot of luck, it just might be possible to figure out who a few of these actresses are. Information from Larry Gelbart and Gene Reynolds sheds new light on the “running nurses” of the 4077th.

Quite a few actresses had recurring roles as nurses over the years. Several were featured during the first season before being phased out in order for focus to be shifted to the main cast. These nurses have their own pages, with lists of episodes they appeared in (credited and uncredited) plus whatever information is available. Actresses included in this category include Judy Farrell, Marcia Strassman, Shari Saba, Kellye Nakahara and Enid Kent, among others.

These actresses appeared in multiple episodes as multiple nurses; they never had a steady role as a single nurse. Because their roles were limited to assisting in surgery or turning down Hawkeye’s advances, these characters were rarely identified in dialogue during the episode, even if they were credited with a name during the closing credits.