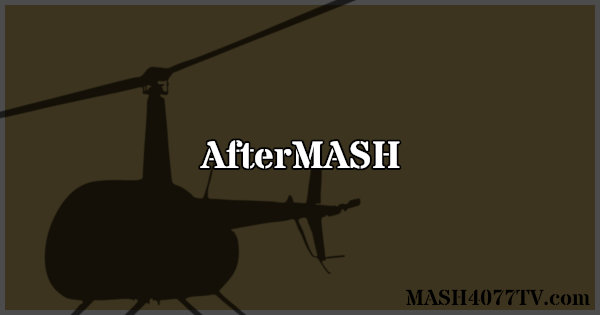 Depending on your point of view, AfterMASH can be considered a spin-off of M*A*S*H, a sequel, a continuation–or all of the above. It starred three main cast members from M*A*S*H–Harry Morgan, Jamie Farr, and William Christopher–as their characters adjusted to civilian life back in the United States following the end of the Korean War.

Although it ranked 15th during the 1983-1984 season, CBS insisted on making substantial changes to the show after its first season. The network also moved it to a new time slot. Ratings quickly tanked and CBS cancelled AfterMASH less than a month into the 1984-1985 season.

A total of 31 episodes were produced but CBS only broadcast 30 of them. Viewers in the United States never saw the final episode, which was not a proper series finale, but it did air in other countries.

Learn all about AfterMASH by reading this in-depth article about the show. It covers the conception of the show during the final season of M*A*S*H all the way through its cancellation and beyond.

A comprehensive list of every original broadcast of AfterMASH plus every repeat and every network pre-emption.

From the Blog: My reviews of all 31 episodes of AfterMASH, originally published weekly between September 2018 and April 2019.