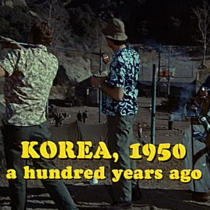 Time sure flies, doesn’t it? I still remember the excitement surrounding the 30th anniversary of M*A*S*H back in 2002. That was 14 years ago. This year M*A*S*H is celebrating its 44th anniversary. It’ll hit the big 45 next year. Can you believe it?

To celebrate, I’ve revised my Promoting the Premiere feature with additional information. I’ve also added a gallery to make it easier to view CBS press material for the premiere, including a rare press release from August 1972. Take a look. You can also read my December 2014 Episode Spotlight reviewing “M*A*S*H — The Pilot” here.

This month’s poll asks whether or not you watched “M*A*S*H — The Pilot” when it originally aired on CBS in September 1972. I’ve asked this before but decided to ask it again. If you haven’t voted yet, take a second to do that now.

Finally, if you’ve ever wondered what TV critics thought of M*A*S*H when it debuted, I’ve collected a variety of newspaper reviews.