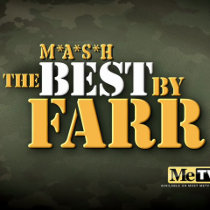 MeTV will air a special “The Best by Farr” marathon next week, hosted by none other than Jamie Farr. The marathon will feature his 10 favorite episodes from M*A*S*H. Two will be shown each weeknight from 7-8PM ET beginning Monday, October 31st and ending Friday, November 4th. It sounds like each episode will feature some interview segments with Farr.

And here’s a promo for the marathon:

Curiously, the promo uses the “Memories of Henry” version of the theme song from “Abyssinia, Henry.”

If there are new interview segments with Jamie Farr, hopefully they’ll be uploaded to YouTube later for those of us who don’t get MeTV.