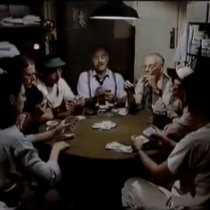 Fans of AfterMASH–and they do exist–have been waiting over three decade to see the final episode of the short-lived M*A*S*H spin-off. It’s called “Wet Feet” and is not a true series finale. CBS cancelled the series without giving the writers an opportunity to craft an ending. The 31st and final episode was scheduled to air on May 31st, 1985 but CBS pre-empted it at the last minute. The episode remained unseen in the United States but reportedly aired in other countries.

A review of the episode surfaced at the AfterM*A*S*H blog last year after a fan provided a copy sourced from an Australian broadcast, providing proof that the episode did air somewhere. Last month, someone uploaded “Wet Feet” to YouTube:

I was conflicted about linking to the YouTube video–it may disappear without warning at any time and, technically, this is copyright infringement–but I think it’s noteworthy enough for the M*A*S*H community that I shouldn’t keep it to myself. “Wet Feet” marks the end of the M*A*S*H universe and features the last appearances of Potter, Klinger, and Father Mulcahy.