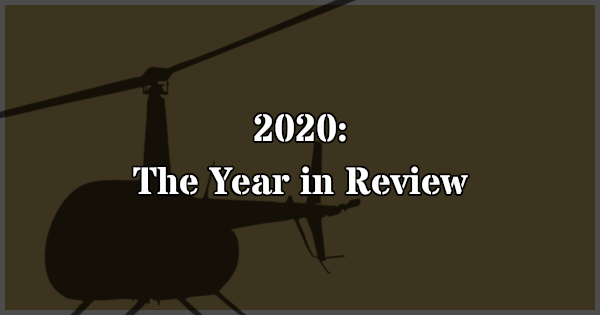 This is my 18th annual “Year In Review” post. Continue reading for a brief overview the anniversaries and M*A*S*H news from 2020.

Sadly, a number of people connected to M*A*S*H passed away last year. The M*A*S*H fan community mourned the loss of producer/executive producer/creative consultant Gene Reynolds and actress Kellye Nakahara in February. Actor Timothy Brown, who had a recurring role as Captain Oliver Harmon “Spearchucker” Jones during Season 1, died in April. Composer Johnny Mandel, who wrote the music to “Suicide is Painless,” died in June.

2020 was a long, bizarre, and frankly terrifying year for many people. There were also good parts of the year. For perhaps the first time ever, the New Year quote from from Season 9’s “A War For All Seasons” actually feels appropriate:

Happy New Year, everyone. Stay healthy and safe in 2021. And keep watching M*A*S*H!