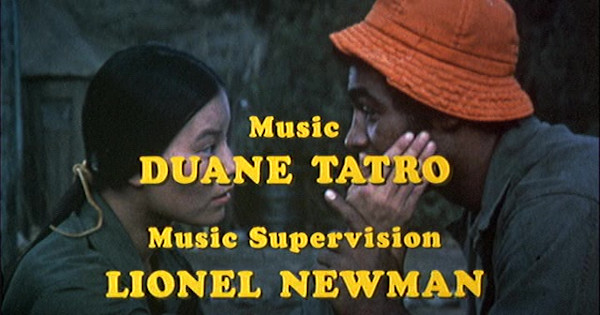 Composer Duane Tatro, who composed music for several early episodes of M*A*S*H, died August 9th at the age of 93. Tatro got his start in television in 1967, composing music for episodes of The Invaders on ABC. Other TV shows he composed music for include Cade’s Country, The F.B.I., Cannon, Barnaby Jones, The Love Boat, Dynasty, and Hotel.

Tatro provided music for the following episodes of M*A*S*H:

Here’s a list of the compositions Tatro wrote for “The Moose”:

Some of these compositions, and others Tatro wrote for “Dear Dad,” “Dear Dad, Again” and “Radar’s Report” were reused in later episodes.

Obituaries can be found at Variety and Deadline Hollywood.