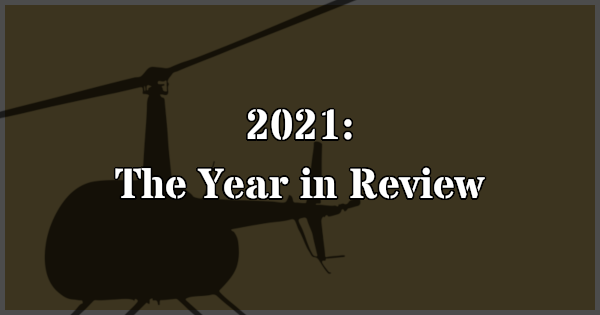 A new year is upon us, which means it’s time for the 19th annual Year in Review post. 2021 may not have been a milestone year for M*A*S*H but this year will be. 2022 will mark the 50th anniversary of the premiere of M*A*S*H. Can you believe that?

A quick site update: Name That Episode V came to an end a few weeks ago. Rather than start a new round, I’m going to try something new this year. Every Wednesday, I’ll post an image from an episode of M*A*S*H and ask readers to contribute their own captions. Look for the first image next week on Wednesday, January 5th.

The M*A*S*H fan community mourned the loss of a number of people connected to M*A*S*H in 2021. Actor Bruce Kirby and actor Mike Henry died in January; casting director Lynn Stalmaster, who worked on AfterMASH, died in February; actress Arlene Golonka and actor Robert Hogan died in May; actor Richard Lee Sung died in August (although the news was not reported until December); actor Basil Hoffman died in September; actor Val Bisoglio died in October; and actor William Lucking died in November.

Once again, the following quote from Season 9’s “A War For All Seasons” seems somewhat fitting given the ongoing pandemic:

Colonel Potter: “Here’s to the new year. May she be a damn sight better than the old one, and may we all be home before she’s over.”