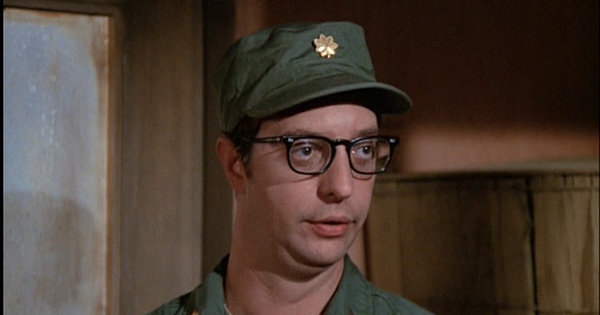 Actor Basil Hoffman, who guest starred in two episodes of M*A*S*H as two different characters, died earlier this month (September 17) at the age of 83. Hoffman first appeared in the Season 3 episode “Adam’s Ribs” playing Major Pfiefer. That was in 1974. Almost five years later, in 1979, he played Major Bartruff in “C*A*V*E” during Season 7.

Hoffman’s acting career started in the the 1960s but really took off in the mid-1970s. He made guest appearances on dozens of TV shows throughout the 1970s and 1980s, including The Waltons, Marcus Welby, M.D., Kojak, CHiPs, Night Court, and Matlock. He also had roles in a variety of movies including All the President’s Men, Ordinary People, and The Artist.

According to the Internet Movie Database, Hoffman has a number of projects still to be released.

Obituaries can be found at The Hollywood Reporter and Variety.