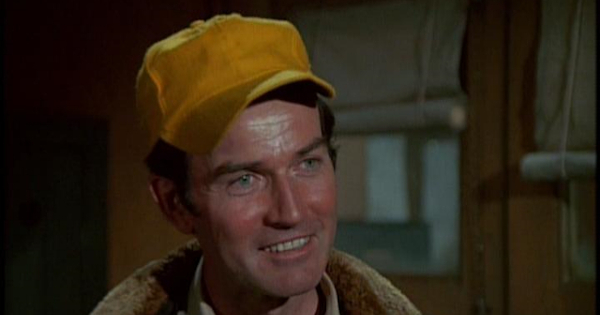 Actor Robert Hogan, who played chopper pilot “Smilin'” Jack Mitchell in the Season 4 episode “Smilin’ Jack,” died last Thursday (May 27) at the age of 87. In the episode, Mitchell is grounded for medical reasons but goes on one last, unauthorized mission in the hopes of beating “Dangerous Dan” to become chopper pilot of the year.”

Hogan started acting in the early 1960s with guest appearances on TV shows like Hawaiian Eye, The Donna Reed Show, and The Twilight Zone. He played Reverend Tom Winter on Peyton Place from 1968 to 1969. He also had recurring roles on TV shows like The Manhunter , Operation Petticoat, Secrets of Midland Heights, and Alice. In 2003, Hogan appeared in four episodes of HBO’s The Wire.

According to his Internet Movie Database profile, Hogan’s last credited role was a 2018 short film called The Deplorable.

Obituaries can be found at Deadline Hollywood, Variety, and The Hollywood Reporter.