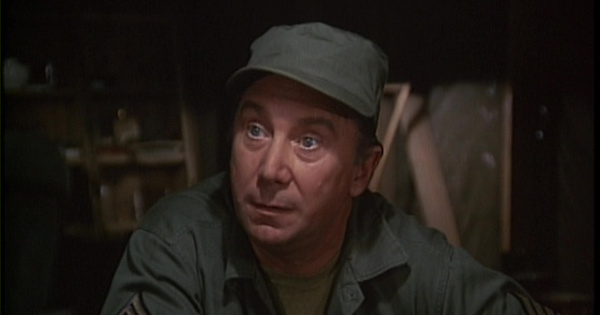 Actor Bruce Kirby, who played Sergeant Kimble in “Hey, Doc” during Season 4 of M*A*S*H, died January 24 at the age of 95. His career began in the mid-1950s with guest appearances on television shows like Goodyear Playhouse and The Phil Silvers Show. He had recurring roles on a variety of TV shows, including Car 54, Where Are You?, Columbo, and L.A. Law.

Kirby’s also had roles in movies like Stand By Me, Mr. Wonderful, and Crash. Obituaries can be found at Deadline Hollywood, The Hollywood Reporter, and Variety.

(Thanks to Seoul City Sue.)