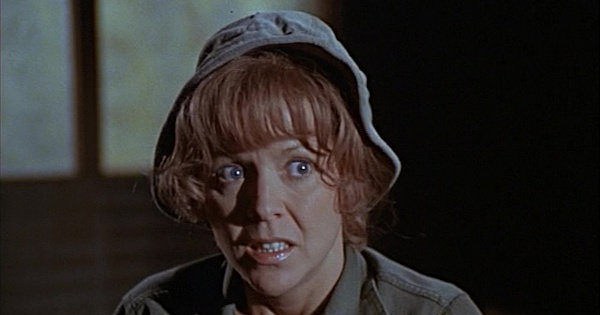 Actress Arlene Golonka, who made a memorable guest appearance during during Season 1, died on Monday (May 31) at the age of 85. Golonka’s played accident-prone Nurse Edwina “Eddie” Ferguson, who none of the men at the 4077th wanted anything to do with.

Golonka is perhaps best known to television audiences for her recurring role as Millie Swanson on Mayberry R.F.D. from 1968 to 1971. She made dozens of guest appearances throughout the 1960s and 1970s on TV shows like Car 54, Where Are You?, The Flying Nun, The Rookies, Maude, The Rockford Files, and The Love Boat.

In addition to her television work, Golonka also appeared in a number of Broadway plays and feature films.

Obituaries can be found at Deadline Hollywood, The Hollywood Reporter, and Variety.