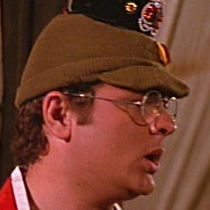 By the time this episode aired, the writers were scraping the bottom of the barrel trying to come up with ways to use Frank. “Ping Pong” is a perfect example of why Larry Linville opted to leave M*A*S*H after Season 5 when his contract ended. He was always a buffoon, but in this episode he’s more than dumb. It’s not funny. It’s sad.

Making Frank look worse is the fact that Margaret is no longer his partner in crime. Hot Lips likely would’ve agreed with most of what Franks says had “Ping Pong” aired during the first few seasons. But not Margaret. She’s evolved. She’s happy to help Cho Lin and Soony with their wedding.

Father Mulcahy giving a play-by-play of the Buddhist wedding ceremony is unnecessary but it does give William Christopher something to do.

Colonel Potter’s B story takes too long to get going. Sergeant Blanchard telling Hawkeye and B.J. how Colonel Becket (“an office boy”) nearly got his troops killed by bungling a retreat is riveting. Actor Robert Phalen does a fine job here, projecting Blanchard’s fury and disgust.

This storyline is repeated in “Friends and Enemies” during Season 11. Curiously, in that episode Potter initially refuses to believe his friend is at fault. Yet here he’s quick to confront Becket. 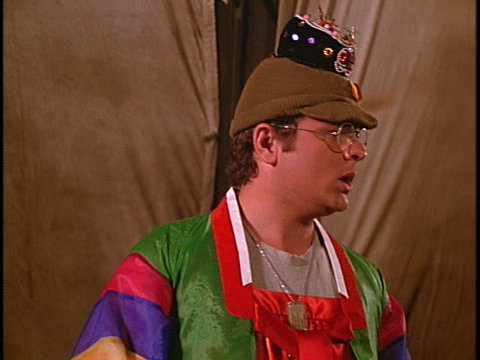 Radar yells at Igor and Goldman.

Colonel Potter claims to be from Nebraska rather than Missouri.

If M*A*S*H is ever released in HD, perhaps we’ll be able to read Frank’s letter.

Why does Frank show up at the wedding if he opposes it so much? So he can eat some cookies?

Jeff Maxwell and Roy Goldman both go uncredited despite having lines of dialogue.