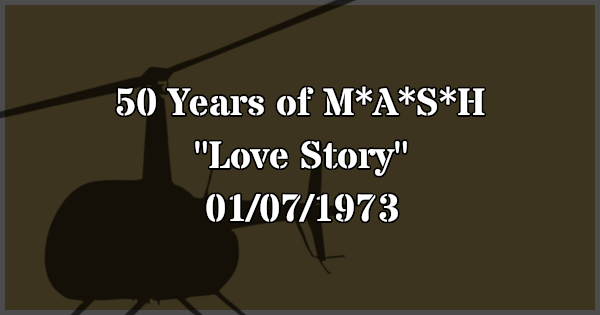 Hawkeye and Trapper worry about Radar, who is down in the dumps, and eventually learn he received a Dear John recording. They try to set him up with a pretty, intelligent nurse recently transferred to the 4077th.