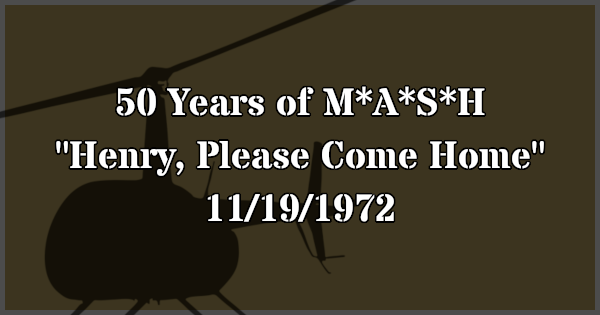 After the 4077th receives a 90% efficiency rating, Henry is assigned to a hospital in Tokyo, leaving Frank in charge. Hawkeye, Trapper, and others conspire to get Henry back.

Although aired ninth, this was actually the second episode to be filmed.