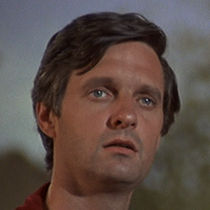 Capsule Summary: After the 4077th receives a 90% efficiency rating, Henry is assigned to a hospital in Tokyo, leaving Frank in charge. Hawkeye, Trapper, and others conspire to get Henry back.

There may not be another episode of M*A*S*H quite as unbelievable as “Henry, Please Come Home.” It makes absolutely no sense whatsoever that Henry would agree to leave his comfy position in Tokyo to return to the 4077th. It’s just not believable. I can accept that he might be worried enough about Radar to make a trip back to the 4077th but to stay permanently?

As viewers and fans, we like to think of the 4077th as a family with Henry (and later Colonel Potter) as the father figure. In real life, however, why would someone like Henry, who was drafted and sent to South Korea, give up a safe, comfortable posting in Tokyo to return to the front? True, he told Hawkeye and Trapper he’d miss them, and he clearly cared for Radar, but would that really be enough?

Also, Hawkeye and Trapper and everyone else back at the 4077th were being very selfish. They weren’t necessarily trying to get Henry back because they liked and appreciated and respected him. They really just wanted to make sure Frank wasn’t in command.

Frank gets his first, brief taste of command and its more than enough to send Hawkeye, Trapper, Radar, and the others scrambling to find a way to get him out of command. It’s too bad Margaret isn’t in this episode; we don’t get to see her reaction to Frank in charge of the 4077th for the first time.

The M.P. pulling a pistol on Hawkeye, Trapper, and Spearchucker in the Swamp was unnecessarily dramatic. I’d like to think an actual member of the military police would refuse to pull a weapon on some doctors even if one of them is holding a flyswatter. 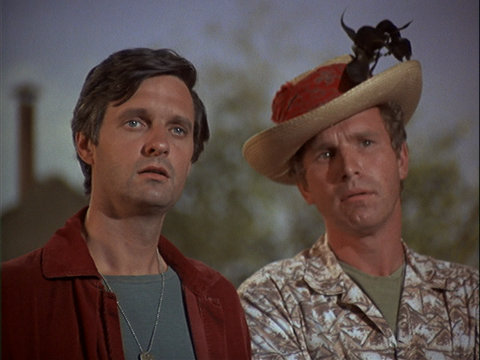 Hawkeye and Trapper learn that Henry is leaving the 4077th.

“Henry, Please Come Home” was the second episode of M*A*S*H to be produced and its obvious the show was still finding its footing. Hawkeye is seen wearing his hat, for one thing, and the number of supporting characters is almost overwhelming: General Hammond, Ho-Jon, Spearchucker, Ugly John, Boone, Leslie, and Ginger. To be honest, I like all these characters and how they make the 4077th really feel like a military outpost with all sorts of characters. But I understand why most of them were phased out by the middle of Season 1.

William Christopher makes his first appearance as Father Mulchahy in this episode.

Radar is seen reading a Captain Savage and His Battlefield Raiders issue that wasn’t published until 1969.

Is it just me or does Radar’s patchy 5 o’clock shadow look more like dirt than facial hair?

Margaret is not in this episode.