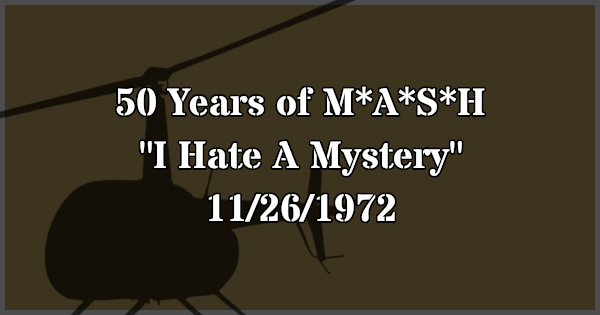 Hawkeye is blamed for a rash of thefts at the 4077th and is forced to uncover the real culprit.

CBS pre-empted M*A*S*H on Sunday, December 3rd, 1972 to broadcast a made-for-TV movie called The House Without a Christmas Tree. Check back in two weeks for the next installment of 50 Years of M*A*S*H.