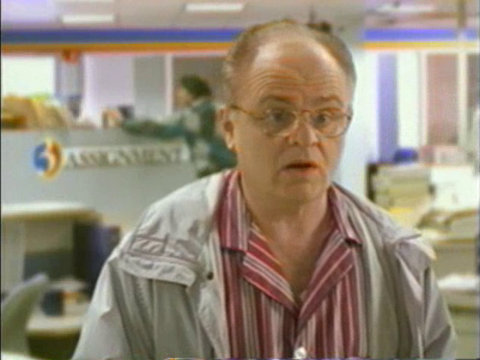 More than 16 years ago, Gary Burghoff starred in a series of commercials for Connecticut TV station WFSB-TV to promote its new Doppler 3000 radar system. An initial set of three commercials began airing in February 2000. I posted the first one a few weeks ago.

I can’t find the e-mails from the person who sent me a video with the three commercials so I can’t thank them by name. Look for the third of the Burghoff/WFSB-TV commercials in a few weeks.