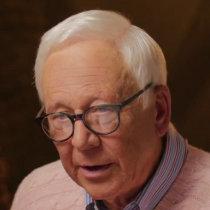 Alan Alda didn’t expect “Goodbye, Farewell and Amen” to run as long as it did. He initially thought it would be an hour-and-a-half. But it kept growing. They gave the network a two-hour movie. Then there was a fire at the former Fox Ranch [in October 1982] that destroyed most of the outdoor M*A*S*H set. “We knew that our only choice was to incorporate that into the story,” explains Burt Metcalfe.

The fire was the only reason the finale was expanded, according to William Christopher. Metcalfe called an executive at CBS and offered to deliver an extra half-hour if the network wanted it.

I’m sure everyone at CBS was overjoyed at the chance to sell more commercials for the finale.