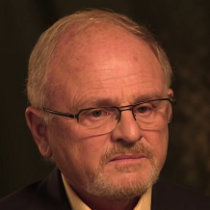 The characters on M*A*S*H were saving lives in a war, explains Wayne Rogers, which meant they could do or say pretty much anything. “You can make the most outrageous thing you want to say. If I’m saving a life, that’s acceptable.”

Gary Burghoff then recounts a touching story about meeting a a Korean War veteran who was unable to talk to his wife about his experience during the war until M*A*S*H came on the air. “That was the greatest compliment that we could ever have because we always tried to tie the entertainment value into the reality as much as we possibly could in our small way.”