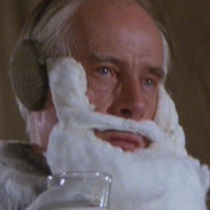 It’s 2016 and that can only mean one thing: time again to look back at the past year in M*A*S*H. I’ve been doing this annually since 2002, although unfortunately several of the earliest examples are missing in action.

The big news in 2015 was M*A*S*H being added to Netflix. The news broke in January, the first five seasons began streaming in February, and the remaining seasons were added in April. “Goodbye, Farewell and Amen” wasn’t made available until July.

“Goodbye, Farewell and Amen” celebrated its 32nd anniversary in February. “Abyssinia, Henry” marked its 40th anniversary in March. And in September, M*A*S*H fans observed the 43rd anniversary of the series premiere.

In February, Super Bowl XLIX became the most-watched TV program of all time in the United States, pushing “Goodbye, Farewell and Amen” to seventh on the most-watched list. On May 3rd, MeTV aired a special three-hour presentation of “Goodbye, Farewell and Amen” on Sunday, May 3rd featuring exclusive interviews with members of the cast and creative team, including Alan Alda, Gary Burghoff, and Gene Reynolds. It was repeated on November 11th.

2015 was another relatively slow year for the website. I wasn’t able to add much content. I launched the Great 2015 M*A*S*H Episode Poll in January, which every month asked visitors to vote for their favorite episode from a season of M*A*S*H, culminating in a final poll pitting the favorite episodes from all 11 seasons against one another in December. The results will be published later today. In March, I added archival news content from 2000 to 2007 to the site, although I doubt anyone has read any of it.

For the better part of a decade, I ended my annual Year in Review posts with a quote from “A War For All Seasons”:

It always felt too depressing but the only other mention of the New Year from M*A*S*H I’ve been able to find is this exchange from “Hot Lips and Empty Arms:”

It’s not great, either. Maybe one day I’ll come up with something a little better.