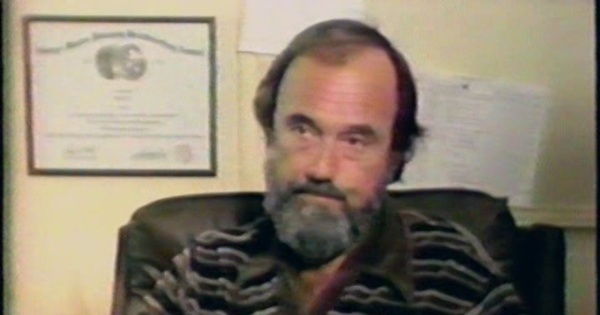 Actor, producer, director, and writer Burt Metcalfe died Wednesday (July 27) at the age of 87. Born in 1935, Metcalfe began acting in the mid-1950s with guest roles on TV shows like The Man Behind the Badge, Whirlybirds, and Steve Canyon. He later appeared in the memorable 1960 episode of The Twilight Zone “The Monsters Are Due on Maple Street.

By the late 1960s, Metcalfe had largely given up acting. He served as a casting director for Here Come the Brides and Bewitched during the 1968-1969 season. When M*A*S*H debuted in September 1972, Metcalfe was an associate producer. He was promoted to producer at the start of Season 5. Beginning with Season 8, Metcalfe became executive producer.

In addition to producing, Metcalfe directed 31 episodes of M*A*S*H, starting with “Dear Peggy” during Season 4. He directed the very last episode of M*A*S*H to be filmed, “As Time Goes By” from Season 11. He also had a hand in writing three episodes: “The Party,” “Death Takes a Holiday,” and “Goodbye, Farewell and Amen.”

Metcalfe earned 12 Emmy nominations for his work on M*A*S*H as well as two Directors Guild of America nominations and a Writers Guild of America nomination. He was the only producer to stay with the show for its entire run. Larry Gelbart left after Season 4 while Gene Reynolds left after Season 6 (but remained a creative consultant until the end). Gelbart died in 2008 and Reynolds died in 2020.

Following the end of M*A*S*H, Metcalfe worked on AfterMASH as an executive producer and director. He continued his association with M*A*S*H by executive producing “Memories of M*A*S*H” in 1991 and “M*A*S*H 30th Anniversary Reunion” special in 2002. Metcalfe earlier appeared in the 1981 PBS documentary “Making M*A*S*H.”

In 2008, Metcalfe joined a number of M*A*S*H cast members and crew to help unveil the restored M*A*S*H filming site at Malibu Creek State Park. He was on stage at the 7th Annual TV Land Awards in 2009 to accept the Impact Award for M*A*S*H alongside Alan Alda, Larry Gelbart, Loretta Switt, and others. Metcalfe was interviewed for a three-hour “MeTV Remembers the M*A*S*H Finale” special that first aired in May 2015. In 2018, he participated in an oral history of M*A*S*H written by Marc Freeman for The Hollywood Reporter.

Outside of M*A*S*H, Metcalfe worked on the pilot episode of Anna and the King with Gene Reynolds, produced by 20th Century Fox for CBS during the 1972-1973 season. He also worked on the short-lived CBS sitcom Karen, starring Karen Valentine, during the 1974-1975 season. Larry Gelbart and Gene Reynolds created the show with Carl Kleinschmitt. In 1993, Metcalfe helped create Cutters, a sitcom about a barber starring Robert Hays. It ran for just five episodes.

Burt Metcalfe was married to actress Jan Jorden until his death. They were together for more than 40 years. She appeared in nine episode of M*A*S*H between 1978 and 1983, playing Nurse Baker.

Alan Alda and Loretta Swit both tweeted about Burt Metcalfe:

Burt Metcalfe is gone now. We all loved him. If you enjoyed MASH it was in large part because of Burt. he was a producer on every season and ran the show for 7 years. We were very close. We wrote together, directed together and inspired each other. He was such a good person. pic.twitter.com/YoXRhp1bfZ

Scriptwriter Ken Levine posted a tribute to Burt Metcalfe at his blog. And Marc Freeman has written a lengthy tribute at the M*A*S*H Matters Podcast website.