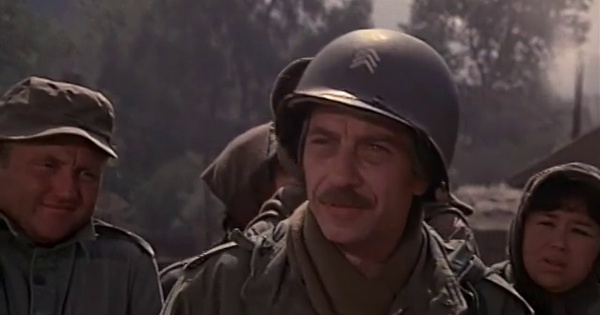 Actor Philip Baker Hall died earlier this week (June 12) at the age of 90. He played Sgt. Hacker in the Season 6 M*A*S*H episode “The Light That Failed,” delivering unwanted supplies like an ice cream churn and salt tablets to the 4077th.

Hall started acting in 1970 when he was nearly 40. His guest appearance on M*A*S*H in 1976 was one of his earliest roles. During his long career, Hall guest starred on dozens of TV shows including The Waltons, T.J. Hooker, Miami Vice, Family Ties, Cheers, 3rd Rock from the Sun, Everwood, Curb Your Enthusiasm, and Modern Family. One of his most memorable TV roles was Lt. Joe Bookman in a 1991 episode of Seinfeld.

Obituaries can be found at Variety and Deadline Hollywood.