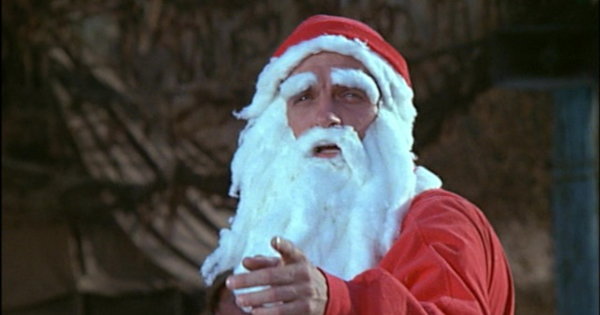 The following is an expanded version of a post originally published on December 24th, 2010.

Do you make an effort to watch a Christmas episode of M*A*S*H around December 25th to celebrate the holiday and the series we all love? Three episodes were set during or around Christmas: “Dear Dad” (Season 1), “Dear Sis” (Season 7) and “Death Takes A Holiday” (Season 9). “Below you’ll find my thoughts on these episode. Which do you think is the best and who do you think made the best Santa Claus: Hawkeye, B.J. or Colonel Potter?

My review of “Death Takes a Holiday” from May 2017 can be found here.

Who made the best Santa? Hawkeye, B.J., or Colonel Potter? I’m torn between Hawkeye and Colonel Potter. Hawkeye b and his bushy eyebrows stick out in my mind but Colonel Potter brings true gravitas to the role. Hit the comments with your thoughts about Christmas on M*A*S*H.

4 Replies to “Christmas Episodes of M*A*S*H”