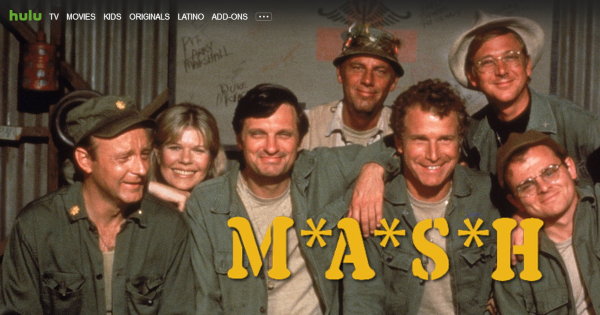 M*A*S*H began streaming on Hulu yesterday (June 29th), nearly a year after Hulu and 20th Century Fox signed a deal to bring some 3,000 episodes from more than 25 TV shows to Hulu.

Can someone with a Hulu subscription can provide some screen captures so I can compare the new HD, widescreen episodes with the DVDs?

Also, apparently the iconic Season 4 finale “The Interview” is streaming on Hulu in color. Finally, the five hour-long episodes (“Welcome to Korea,” Bug Out, “Fade Out, Fade In,” Our Finest Hour,” and “That’s Show Biz”) have been split in two on Hulu. That’s how they air in syndication and how Netflix streamed them. They’re available in their original form on DVD, however.