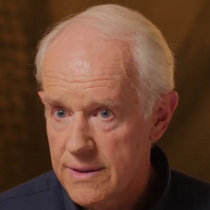 This segment covers how the decision was made to end the series. According to Mike Farell, while filming a scene with Alan Alda during Season 10 the two discussed how long M*A*S*H would go on. “I’d always thought about 10 years,” Alda told him. “Once we knew the wheels were in motion to end the show,” says Burt Metcalfe, “then we knew we were going to do this two-hour show.”

According to Farrell, “we had a this long talk and some disagreed and some agreed and finally we all came to an agreement and we let it be known to the studio and the network that we wanted to bring M*A*S*H to an end and we wanted an episode to end the war.” Although he doesn’t specify who was involved in this long talk, he’s probably talking about the so-called “vote” the cast took during Season 10 about whether to continue. Reportedly only Harry Morgan, Jamie Farr, and William Christopher wanted to keep going and the disagreements Farrell mentions were probably those three arguing against ending the series.

David Pollock admits the finale wasn’t as funny as many episodes because “we didn’t want to be frivolous about the final show.” Loretta Swit recalls how “tough” and “poignant” it was to read through the final script. William Christopher jokes about his hair turning grey by the end because the series lasted so long.

One Reply to “MeTV Interviews: A Series Ends”