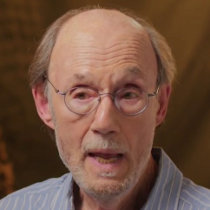 This segment explores the truth behind the horrifying incident that led to Hawkeye’s breakdown in “Goodbye, Farewell and Amen.” Alan Alda references the trip Larry Gelbart and Gene Reynolds took to South Korea in 1974. He explains how on several occasions, the writers developed a story they thought they were making up only for Gelbart and Reynolds to learn “that story had actually been lived by real people.”

It was during Burt Metcalfe’s trip to South Korea in 1981 that he heard a story about a woman who smothered her baby to save 50 people hiding from a North Korean patrol under a bridge. According to Dan Wilcox, Metcalfe talked to other people in South Korea who weren’t at all surprised when he told them what he had heard “because they all knew somebody that had happened to.”

Alda calls the story a “heartbreaking event that you don’t expect to happen in war. In war you expect people to die from bombs, from bullets, shrapnel, mines. You don’t expect them to die from a mother trying to keep the baby quiet. Not in any way wanting to hurt the baby but it’s just– It’s real collateral damage and unexpected.”

M*A*S*H always tried to take seriously and respect the lives of the real people impacted by the Korean War, says Alda. “That gave us something you can’t make up. It’s something that makes everybody involved in it–acting it, writing it, talking about it–have something human to relate to. And that’s why we watch stories, I think, is to warm up to one another.”