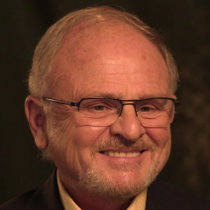 Late last month, MeTV uploaded three 30-second interview snippets to YouTube. Two of them feature Loretta Swit while the third features Gary Burghoff. I don’t know if they originally aired during the “MeTV Remembers the M*A*S*H Finale” special presentation. They definitely weren’t available on the MeTV website after it first aired.

I believe these interview snippets or others like them continue to air during commercial breaks to promote M*A*S*H on MeTV.

This concludes our look at the 2015 MeTV interviews. If you add up the nine segments that aired during the “MeTV Remembers the M*A*S*H Finale” special presentation you only get about 20 minutes. Remember that according to Ken Levine, these interviews were taped in 2014 for an as-yet-unreleased documentary about M*A*S*H.

Hopefully that documentary is still in the works because the footage MeTV aired in 2015 only covers the end of the series.

One Reply to “Final Thoughts About the 2015 MeTV Interviews”