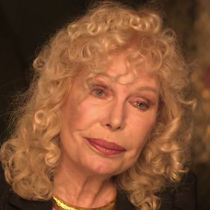 This is the last of the MeTV interview segments that aired during the “MeTV Remembers the M*A*S*H Finale” special presentation. It is the longest by far, lasting more than five minutes. If you’re only going to watch one of these videos, this is the one to watch. You can see and hear the emotion when these people talk about working on M*A*S*H and how it changed their lives.

There’s too much for me to summarize everything but here are a few highlights: Loretta Swit gets emotional discussing how difficult it was to say “You dear sweet man” to Harry Morgan; Elias Davis talks about how people are still fans of M*A*S*H “in a big way” more than 30 years after the last episode aired; William Christopher calls himself “a lucky actor” and isn’t bothered at all when people ask if he regrets being typecast; and Alan Alda talks about how he never expected to be able to work with material and actors he respected in front of a mass audience.

Dan Wilcox: “I came to Hollywood to be a prostitute. To prostitute my talent. And that show showed me that I could still do it for love. And I tried never to lose that again, to make sure I didn’t work on something unless I had a reason I wanted to do it.”

Loretta Swit: “Harry [Morgan] said that in an interview. How has M*A*S*H changed you? Has it made you a better actor? And he said, ‘I don’t know about that. But it’s made me a better person.'”

Thad Mumford: “At every level, everyone did their best. I mean, that was the mandate. And so people were challenged to do their best and they did. And so there was respect and there was collegiality and there were– I mean, it was fun to go to work.”

Check back tomorrow at 12PM ET for a look at three additional MeTV interviews.