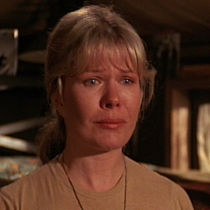 Capsule Summary: Margaret cracks down on her nurses during a heatwave while Hawkeye, B.J., and Radar try to help a nurse spend the night with her G.I. husband.

Believe it or not, I completely forgot that this is the episode in which one of the nurses gets help from Hawkeye, B.J., and Radar so she can sneak past Margaret and spend some valuable one-on-one time with her husband. I did remember that it features Margaret’s “lousy cup of coffee” speech. Despite having seen every episode of M*A*S*H three or four times, if it’s been long enough since I’ve watched an episode, it’s almost like seeing parts of it for the first time.

“The Nurses” is a terrific episode from start to finish. It’s a bit of a novelty, too, because Margaret and her nurses take center stage while the rest of the cast are relegated to minor supporting roles. Hawkeye, B.J., and Radar are somewhat involved in Nurse Baker’s shenanigans. So is Colonel Potter to some degree. Both Frank and Klinger are given short scenes that, while not exactly necessary to further the plot, do add some color to the episode. Only Father Mulcahy feels like a complete afterthought, popping up only in the O.R.

I’m curious to know whether viewers watching this episode when it first aired in 1976 were confused by the fact that none of the nurses in this episode had ever been seen before. Only a few weeks earlier in “Out of Sight, Out of Mind” the nurses tent had been occupied by four different nurses. Where were they? M*A*S*H always played fast and loose with tents and personnel. Maybe there were multiple tents each filled with four nurses. At the start of the episode, during surgery, Margaret does refer to a Nurse Sweeney, so there was at least one additional nurse at the 4077th.

Still, “The Nurses” goes to great lengths to make it feel like these four women are the only nurses at the 4077th. I’m doubtful viewers in 1976 even noticed, let alone cared. Does it even matter? The episode is so well-done that including one of the regular background nurses like Kellye probably wouldn’t have added much other than a vague sense of familiarity or continuity.

It’s possible to break this episode down into two separate storylines: Margaret’s strained relationship with her nurses (the A Story) and the plot to unite Nurse Baker and her husband (the B Story). But the two are so intertwined that it’s really just one big storyline. Quarantining Margaret’s tent strains believability to some degree, as does Colonel Potter not insisting on checking out the sick patient himself.

Margaret’s breakdown in front of her nurses is an important step in the evolution of the character. She’s not actually as cold and distant as she often seems. She hides behind rules and regulation because the military is all she knows. Because Margaret is the only female main character, the bulk of her interactions are with men. If she is talking to a nurse, she’s usually yelling.

It’s too bad none of the nurses featured in this episode returned in later episodes. There’s still a change in how how Margaret and her nurses interact. In “Margaret’s Engagement” we don’t see any of the nurses congratulating Margaret or even asking to see her ring. They happily throw her a bridal shower in “Margaret’s Marriage.”

The minor subplot involving Nurse Gaynor feeling numb to death is very well done. It’s given just enough attention that the payoff near the end of the episode–her crying while holding the baby–feels earned and realistic. 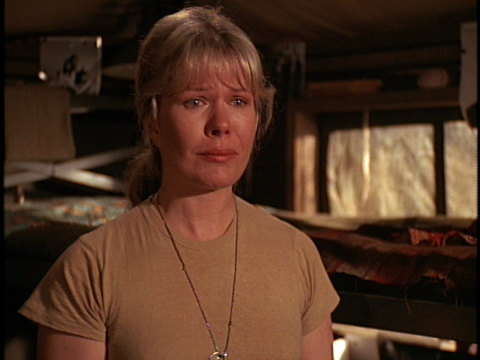 All Margaret wants is a lousy cup of coffee.

“The Nurses” was the first episode of M*A*S*H to be directed by a woman and Joan Darling is one of only a handful women to direct an episode. The others are Nell Cox, Gabrielle Beaumont, Rena Down, and Susan Oliver.

Mary Jo Catlett, who played Nurse Walsh in this episode, previously played Becky Anderson in “The More I See You” during Season 4.

Am I the only one left wondering where the three South Korean kids came from, the ones who ran into the empty O.R. looking for candy?

I don’t think I’ve ever noticed before that the t-shirts worn by Margaret and the nurses have zippers on the back.

19 Replies to “Episode Spotlight: The Nurses”