Capsule Summary: Margie organizes a boycott of the nurses until one of the men agrees to romance clumsy Nurse Edwina.

Here’s one of the more polarizing episodes of M*A*S*H. A lot of people really hate “Edwina” but there are some who love it. I don’t outright hate it. There are some parts I actually like. Plus, how can I not like an episode in which Marcia Strassman has such a big role?

I’m definitely not impressed with the story. I think it makes just about everyone involved look bad–except for Eddie, perhaps. It’s a little unclear what she wanted when she became a nurse: to find a husband or just a fling. Nor do we know how exactly how far Margie expected Hawkeye to go with Eddie, although I think we have a pretty good idea.

My favorite part of the episode is how Trapper reacts when Margie and two other nurses walk into the Swamp:

Margie: “Knock-knock. Hope we’re not interrupting anything.”
Trapper: “Hey, what are they? They’re wearing our kind of uniforms but they’re not built like us. They’re all, uh, soft and bumpy. You don’t suppose they’re, uh–“
Hawkeye: “Girls?”
[Trapper claps his hands and points at Hawkeye.]
Trapper: “That’s it! I couldn’t think of the word. Now if I could only remember what they’re for.”

Margie smiles throughout the whole exchange. She gets the joke. It’s funny. Then there’s Hawkeye’s speech after Radar informs him that the 4077th is going to get “very cool” and “very lonely” unless someone gets “very friendly” with Eddie:

An attitude like that could destroy morale. Weaken the fiber of our brave men in white. These boys depend on their relaxation to renew and fresh their flagging spirits. They must be allowed a moment’s respite from the trials of war. The whole thing is inhuman, unfair, and un-American. Besides, it’s bad for the health.

Hawkeye chasing nurses is fine. Hawkeye believing nurses owe the men of the 4077th “a moment’s respite from the trials of war” is not fine.

Ignoring everything else in the episode, what are we to think about a nurse who is so clumsy that she’s dangerous to be around? The one time we see Eddie in the O.R. she seems incompetent, handing Hawkeye forceps instead of a clamp. Hawkeye thinks her clumsiness is just an act to hurt others before they could hurt her so maybe she’s a fine nurse. 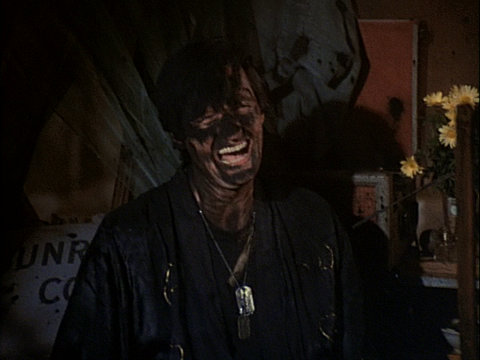 Larry Gelbart was not a fan of this episode and posted about it several times at the alt.tv.mash newsgroup over the years. Here’s what he had to say about “Edwina”:

March 26th, 2001
Early days. We clearly didn’t have a clue yet about the tone of the series.

March 27th, 2001
As first conceived in the bad old, consciousless days of the early 70’s, Edwina was a very unattractive nurse in the First Draft.

Seeing the error of our ways, we turned her into an accident-prone klutz.

Didn’t help. We wound up with a turkey, albeit one with a different kind of stuffing.

May 24th, 2001
Golonka only appeared in the episode, Edwina. A waste, to be sure, of a fine actress. She never appeared as a extra.

Arlene Golonka’s role in this episode is on par with Alan Alda’s. She may very well be in the episode more than any of the other regulars. Someone would have to count lines to be sure. It’s entirely possible that Marcia Strassman has more to say here than Wayne Rogers, Gary Burghoff, or McLean Stevenson. And I’m pretty sure Loretta Swit gets just one line.

There are a lot of extras in this episode. Sheila Lauritsen can be seen a number of times. Marcia Gelman and Gwen Farrell are also in several scenes. Watch closely and you’ll see a soldier in a tan uniform, clearly not from the U.S. Army, a number of times. None of the extras who draw straws in the Swamp look familiar.

Does Radar draw a straw? I don’t think he does.

When Hawkeye asks if he can kiss Edwina, it sounds to me like Alan Alda says “Edwin” rather than “Edwina.”