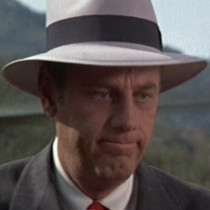 Today marks the 38th anniversary of the original broadcast of “Abyssinia, Henry” on CBS. The Season Three finale aired on Tuesday, March 18th, 1975 and marked the final appearance of both McLean Stevenson and Wayne Rogers. Back in 2011, I investigated whether the ending to the episode was spoiled by the media prior to broadcast (it was) as well as whether McLean Stevenson made a cameo appearance on The Carol Burnett Show shortly after “Abyssinia, Henry” was aired.

Also, you can find a breakdown of the music used in “Abyssinia, Henry” here. The version of “Suicide is Painless” used at the end of the episode during the tribute to Henry Blake is my favorite piece of music from the series.