I don’t play poker. But a lot of people do. And some of them even write about it. One such player and writer is Martin Harris, who pens a column at PokerListings called “Pop Watch,” in which he plans to explore “the many ways poker and pop culture intersect.” He recently wrote about the history of poker on M*A*S*H. He discusses five episodes involving poker: “Deal Me Out,” “Payday,” “Lt. Radar O’Reilly,” “The Merchant of Korea” and “Wheelers and Dealers.” The article also mentions “Your Hit Parade” and Double Cranko (which is included in not one but two Wikipedia articles). Poker plays a role in a number of Season One episodes, including “The Moose,” in which Radar uses a telescope to help Hawkeye cheat at cards (and almost blows the whole thing by eyeballing a good-looking nurse rather than the cards), and “The Long-John Flap,” in which Trapper loses Hawkeye’s long-johns during a game. 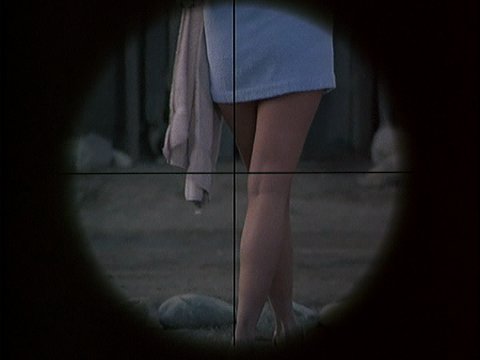 “The Moose” – Can anyone identify these legs?

Personally, my favorite poker moment is the aforementioned game from “The Moose.” What other episodes involved poker?