In the Season Three episode “There Is Nothing Like A Nurse,” after the nurses have left, Hawkeye and Trapper are at the officer’s club with a bunch of other men, lounging around and basically feeling sorry for themselves. Captain Spalding is even standing on his head. Hawkeye and Trapper are soon joined by Klinger, who is dressed in a black dress. He orders a beer (or two) and the bartender, Mr. Kwang, approaches the bar to bring it to him. In the very next shot, however, an overhead shot, Mr. Kwang is again seen approaching the bar. 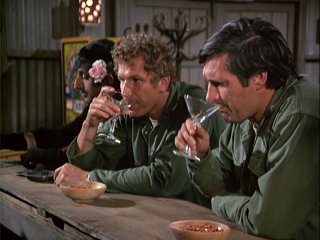 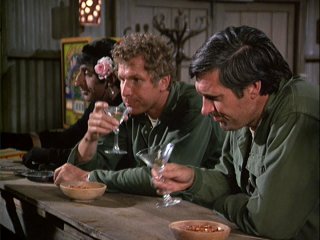 Notice the shadow in front of Klinger. That’s Mr. Kwang. In the very next shot there is no shadow. Then Mr. Kwang approaches. 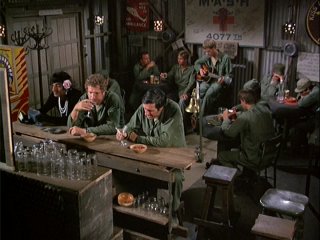 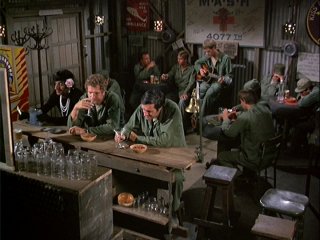 During filming, this scene was likely shot over and over again. Later, during editing, the best shots were chosen and strung together, with the long shot placed after the close-up of Klinger, Trapper and Hawkeye at the bar. Obviously, the editor never imagined that I’d be watching the episode on DVD decades later and notice a tiny, tiny error.

2 Replies to ““There Is Nothing Like A Nurse” Goof”