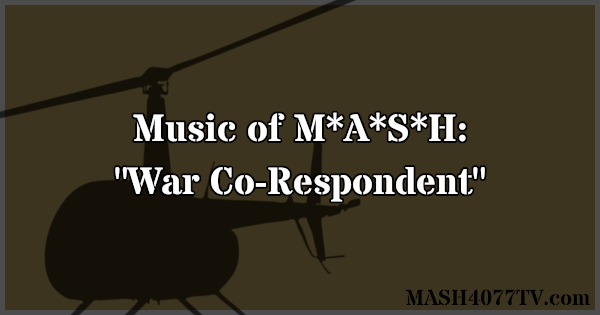 “War Co-Respondent,” the 23rd episode of Season 8 and the 192nd overall, was originally broadcast on Tuesday, March 3rd, 1980. In addition to the opening and closing credits, plus the “freeze frame” prior to the closing credits, which all featured versions of “Suicide is Painless,” the episode included four songs. Two of them were performed by members of the cast.

What follows is a breakdown of all of the music heard in the episode, taken from the official cue sheet prepared by the Twentieth Century-Fox Film Corporation legal department, dated February 28th, 1980.

The opening credits, of course, feature a version of “Suicide is Painless.” 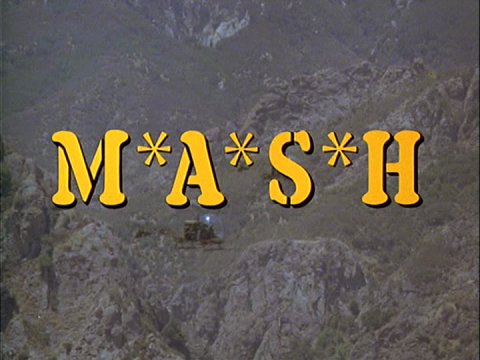 The next piece of music doesn’t come for a while. The opening line to “Daisy Bell,” written by Harry Dacre and said to be in the public domain by the cue sheets, is sung by Hawkeye as he rides into post-op on a bicycle. The cue sheet states that only five and one-third seconds of the song were used. 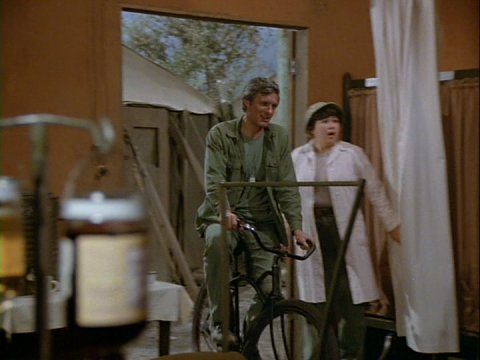 During Aggie and B.J.’s talk in the Officer’s Club, “A Certain Smile” is playing in the background on the jukebox. The song runs for almost two and a half minutes. It was written by Sammy Fain and Paul Francis Webster and published by 20th Century Music Corp./Miller Music.

Listen to a Portion of “A Certain Smile”

“A Certain Smile” ends shortly after Aggie wonders why B.J. hasn’t taken a pass at her. There are a few moments of silence before “I Know Why” begins playing in the background, just as B.J. is telling Aggie she is “an extraordinarily attractive woman.” The song runs for 46 seconds. It was written by Harry Warren and Mack Gordon and published by 20th Century Music Corp./Feist Music.

Listen to a Portion of “I Know Why” 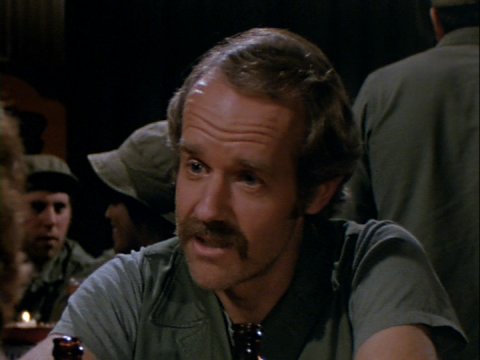 While Aggie is sketching B.J. in front of the Swamp, she moves B.J. closer to the door. Klinger observes the two flirting and makes a few choice comments before leaving for the mess tent. As he walks off he sings the opening line to “Three Little Words” and then starts whistling. According to the cue sheet six seconds of the song were used. 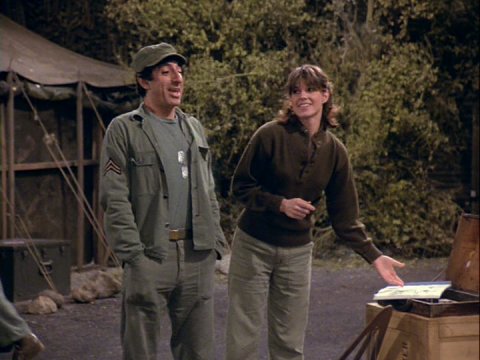 At the end of the episode, while everyone is gathered in Colonel Potter’s office to see what Aggie sent them, B.J. is asked why he is wearing a life saver in the sketch Aggie gave to Potter. There is a “freeze frame” on B.J.’s face after he replies and a brief rendition of “Suicide is Painless” is played while credits for executive story editors, story editor and creative consultant are displayed. 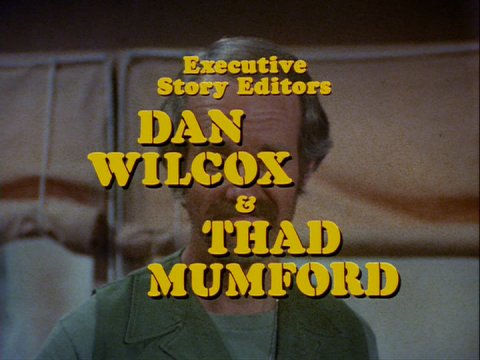 Another version of “Suicide is Painless” is then played over the actual closing credits. 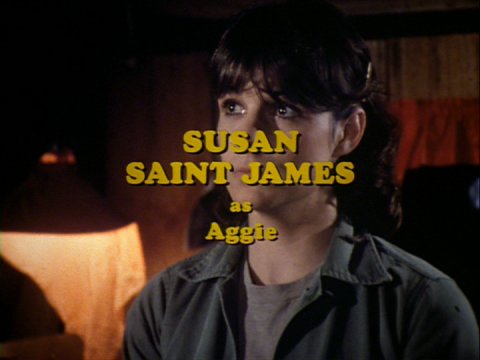 Following the end credits is the 20th-Century Fox identification/trademark. It was written by Alfred Newman but I’m not including it here.