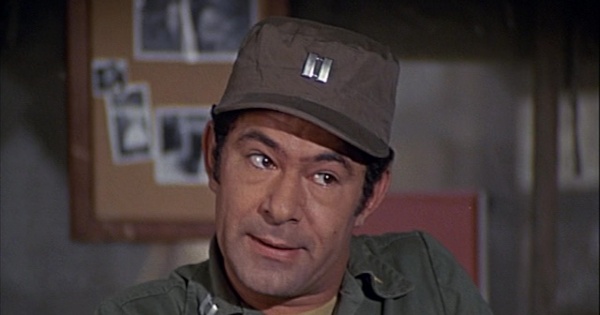 Actor Stuart Margolin, who guest starred in two early episodes of M*A*S*H, died yesterday (December 12th) at the age of 82. Margolin made his first appearance in the Season 1 episode “Bananas, Crackers and Nuts” playing Captain Sherman. The episode aired in November 1972. He played a different character, Major Stanley “Stosh” Robbins, in “Operation Noselift” during Season 2. That episode aired in January 1974.

Margolin started his acting career in the early 1960s. He made guest appearances on shows like The Lieutenant, Channing, The Fugitive, em>Blue Light, The Second Hundred Years, Bewitched, and Land of the Giants. He starred in Nichols (NBC, 1971-1972) alongside James Garner and Margot Kidder. Margolin had a recurring role in The Rockford Files, also starring James Garner. He appeared in more than 30 episodes between 1974 to 1979 and won two Emmy Awards.

Garner and Margolin teamed up once again for Bret Maverick (NBC, 1981-1982). And between 1994 and 1999, the two starred in eight made-for-TV movies based on The Rockford Files. More recently, Margolin guest starred in episodes of 30 Rock and NCIS. During his career he also appeared in movies like Kelly’s Heroes, Death Wish, Futureworld, The Hoax, and The Second Time Around.

Margolin was also a director, with close to 60 credits to his name, primarily TV shows. According to his Internet Movie Database page, Margolin’s last credited acting role was a 2020 movie called What the Night Can Do. He provided the voice of a radio announcer in a 2022 short film called Home.

Obituaries can be found at Deadline and Variety.