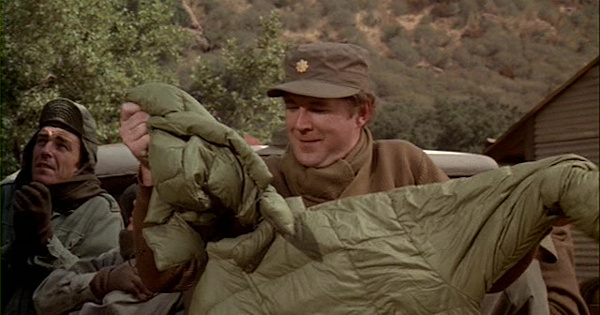 M*A*S*H fan Thaddaeus is curious about the brand of polar suit Charles receives from his parents in the episode “Baby, It’s Cold Outside” during Season 7. The suit, which consists of a puffy green jacket with a hood and matching pair of pants, is seen again later in Season 7 in “Out of Gas” when Charles is forced to hand it over to black marketeers. 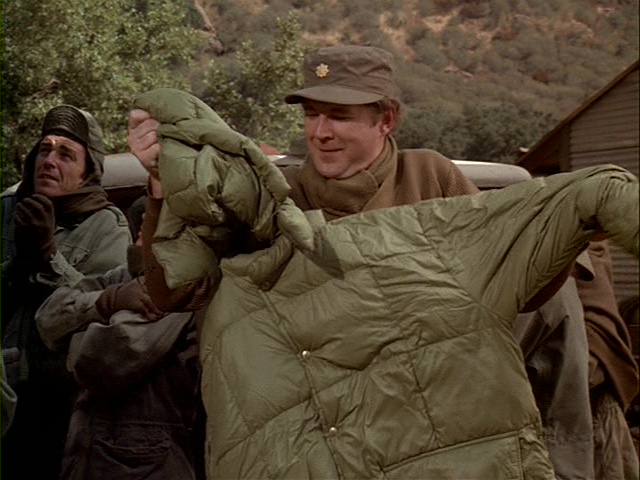 Charles gets a polar suit from his parents. ("Baby, It's Cold Outside")

Was this a vintage 1950s polar suit? Was it military surplus? Was it acquired just for “Baby, It’s Cold Outside” or was it already part of the 20th Century Fox wardrobe department?