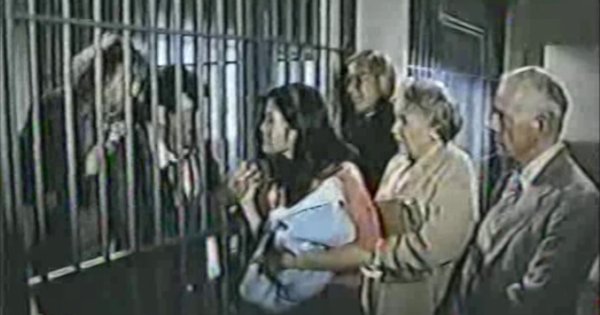 Potter is horrified to find himself stuck with Alma as his new secretary; and the fugitive Klinger isn’t able to find a place to spend a chilly night.

Mulcahy calls the cops and Klinger’s back in jail.

Klinger is tired of sleeping on the street or in a cemetery. When a stranger offers him a mysterious job, he initially refuses. But he can’t find anywhere to sleep so he changes his mind. Unfortunately, taking the job inadvertently results in him getting caught by the police–after Father Mulcahy calls them–and thrown behind bars again.

Meanwhile, Potter is shocked to learn Alma Cox is his new clerk. They agree to avoid one another but Alma does nothing but intrude, including walking into the operating room while Potter is in surgery and showing up at his house at night. The two eventually come to terms with the situation and share a drink.

Dr. Boyer sleeps with a woman he meets at the Recovery Room. The next day, he learns she’s the wife of one of his patients and isn’t happy.

Finally, new hospital administrator Wally Wainright introduces a suggestion box, promising to read each and every suggestion personally. His true goal is to find “malcontents” among the patients. Potter is furious Wainright is giving patients false hope.

After watching this episode, I wish the producers had made Alma Potter’s clerk instead of Klinger from the very start. The two play off one another far better than Alma and Mike D’Angelo ever did.

Poor Klinger is the worst fugitive. He sleeps on the street, hides out at the Recovery Room bar, where nearly everyone knows him, and then decides to join a vaguely criminal organization he knows nothing about. When you’re hiding from the police, hanging out with criminals is never a good idea.

Aside from Klinger’s storyline, the entire episode is little more than filler. Both the Boyer and Wainright storylines go nowhere. Are we supposed to feel sorry for Boyer, the woman he sleeps with, or her husband? Some combination of the three?

Anne Pitoniak, the new Mildred Potter, has a larger role in this episode than the previous one. The best I can say about her is she’s bland.

Baby Klinger, who is mentioned several times during the episode but never seen, still doesn’t have a name.

Alma wants to sell “all that Korean War junk” in Potter’s office.

This is the tenth of 13 episodes directed by Burt Metcalfe.

This is the tenth of 12 episodes written or co-written by Dennis Koenig.

Guest star Richard Lee-Sung previously appeared in multiple episodes of M*A*S*H between 1974 and 1982, including “Dear Mildred,” “The Smell of Music,” and “Snap Judgement.”

Guest star Jim Knaub previously played Private Markham in the M*A*S*H episode “The Life You Save” during Season 9.

2 Replies to “AfterMASH Episode Spotlight: Strangers and Other Lovers”