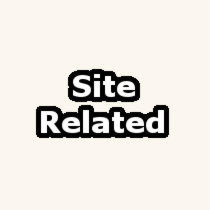 This morning, after nearly five years, I published my final Episode Spotlight review. I began reviewing a random episode of M*A*S*H every week way back in January 2013. The very first episode I reviewed was “Major Ego” from Season 7. The last? “Goodbye, Farewell and Amen” from Season 11.

Originally, I planned to immediately begin reviewing AfterMASH once I finished all 251 episodes of M*A*S*H. But as I’ve mentioned a number of times over the past few years, finding the time to write a weekly review has been challenging. I’m not ready to commit to another seven months of weekly reviews.

Instead, for the next eight weeks, I’m going to experiment with an idea I’ve had for quite some time. Every Monday, I’m going to post a discussion topic relating to M*A*S*H along with my opinion. In the comments, I hope readers will add their thoughts and ideas and comments.

I haven’t settled on topics for all eight weeks. A few potential topics include Should M*A*S*H Have Ended Before Season 11?, Could M*A*S*H Survive Without Alan Alda?, and Pick the Better Adversary: Frank or Charles. If you have any suggestions, please let me know.

What happens in January? I’m not sure. I may start reviewing AfterMASH if I’m feeling up to it. Or I may begin reposting my Episode Spotlight reviews in original broadcast order, starting with “M*A*S*H–The Pilot.”