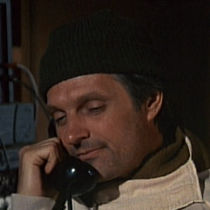 Capsule Summary: The Army mistakenly declares Hawkeye dead, causing all sorts of problems for him and prompting him to consider going AWOL.

This is a solid episode. It’s not perfect, but I like it. I think maybe it suffers somewhat from a common problem on M*A*S*H: trying to mix comedy with drama. Something feels off but I can’t quite put my finger on it. Is Hawkeye’s anguish at becoming an un-person diminished by the antics of Digger (aka Lt. Detweiler)? Is that what bothers me?

Digger is a funny character. Richard Masur does a great job playing the sarcastic, somewhat apathetic morgue officer. I love this exchange between Digger and Klinger:

Maybe it’s just me, but Hawkeye worrying about his poor father while Digger wandering around the 4077th worrying about losing bodies doesn’t quite work. As the episode progresses, Hawkeye becomes increasingly distraught at how his life has been impacted since it ended. It’s bizarre at first, almost comical, and B.J. throws Hawkeye a wake. True, Hawkeye worries about his father, but it’s not until he learns isn’t getting his mail or getting paid that the seriousness of the situation starts to sink in. To make matters worse, he can’t reach his father to let him know he’s alive.

The telegram Hawkeye dictates to Klinger is amusing, yet also laced with some of the distress Hawkeye feels:

Later, after fighting with Frank and trying everything he can think of to contact his father, Hawkeye decides to go home. He’s dead, according to the Army, so is it really considered going AWOL? B.J. tries to talk him out of it and their conversations includes one of the show’s most memorable lines of dialogue:

In the end, Hawkeye can’t leave knowing wounded are on their way, injured soldiers he can help, lives he can save. After surgery, Hawkeye is able to call home and let his father know he’s still among the living. Poor Digger has to leave without the body he came to collect. 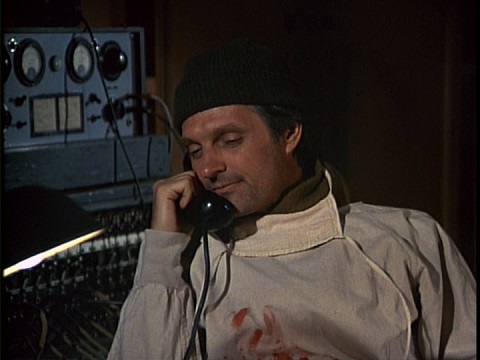 According to the Internet Movie Database, this was the first television writing credit for brothers Glen Charles and Les Charles. The two later went on to create Cheers, which ran on NBC from 1981 to 1993.

Eldon Quick made his third and final appearance on M*A*S*H in this episode, playing Captain Pratt. He previously played Captain Sloan in “The Incubator” during Season 2 and “Payday” during Season 3.

Margaret and Radar do not appear in this episode. Klinger explains that Radar has been given a few days in Seoul to unwind. Margaret’s absence is never addressed.