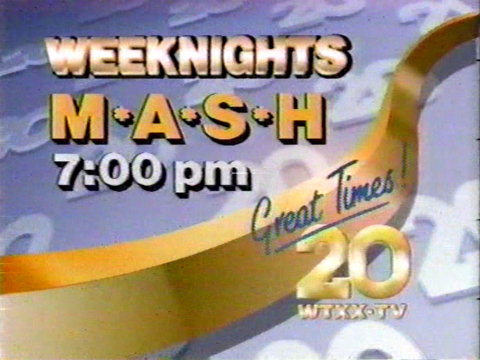 Here’s a 30-second promotional spot for “A War for All Seasons” in syndication. Specifically, this spot aired on WTXX-TV (Channel 20) in Connecticut during May 1986.

“A War for All Seasons” is a tough episode to summarize quickly, which explains why the spot makes it seem like the episode is only about Klinger and Charles betting on baseball games.

TV stations across the country that purchased M*A*S*H in syndication were sent promos like this one for every episode by 20th Century Fox. They then added their own “tag” at the end with local graphics and voice over informing viewers when to watch.

I originally included this spot in my M*A*S*H In Syndication article but nobody was seeing it there so I decided to move it to the blog.

One Reply to “A War for All Seasons Promo (Syndication)”