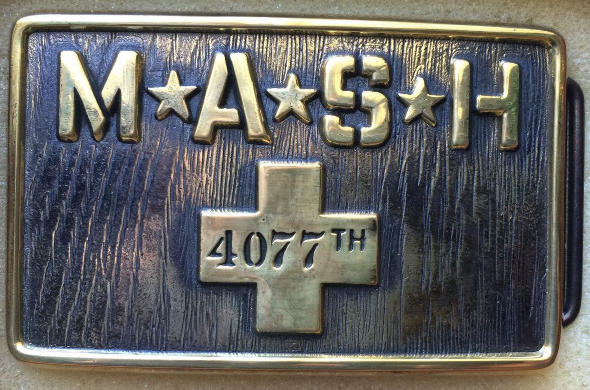 Mike Farrell has donated a number of items that are currently listed on eBay as part of a ten-day charity auction raising funds for the non-profit Earthpeace Monument Project in Claremont, CA.

The most unique item is a M*A*S*H brass belt buckle that according to the auction listing is one of 100 buckles made by a member of the M*A*S*H production crew and given as a gift to the rest of the crew as well as the cast.