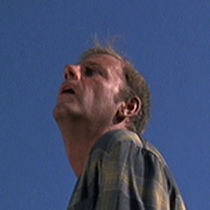 Capsule Summary: When the Army won’t do anything about black marketeers stealing the 4077th’s much-needed hydrocortisone, Hawkeye and Trapper take matters into their own hands.

This was the third episode of M*A*S*H produced and the second aired. It features the first of many storylines about the 4077th dealing with military bureaucracy, in this case General Hammond refusing to do anything about the black marketeers stealing the 4077th’s supplies. A minor B-story sees Frank and Margaret suspecting Hawkeye and Trapper are scheming and/or involving with black marketeers.

It’s possible that Hawkeye and Trapper have roughly the same number of lines in this episode but most of Trapper’s are reactive and secondary.

As is so often the case, you can’t think too hard about this episode or else you risk asking questions that can’t be answered. For starters, how did Henry possibly get a 100-year-old antique oak desk delivered to the 4077th? Why is there a case full of surgical supplies on the floor in his office? Why does nobody seem concerned that the jeep Hawkeye and Trapper drove to see Charlie Lee was stripped for parts? How come Hawkeye and Trapper could carry the desk at a run so easily but couldn’t seem to lift it at all while trying to remove the top?

Frank and Margaret’s B story is relatively weak and in my opinion doesn’t add much to the episode with the exception of the scene in Henry’s office when Frank reveals that Margaret’s earlobes drive him wild. 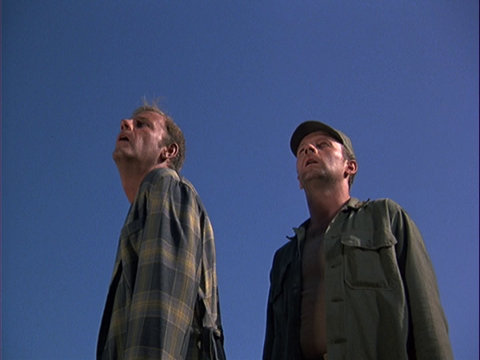 Henry and Frank watch the desk fly away.

Some of the music in this episode is really kind of silly. According to Larry Gelbart, he was the one who suggested toning down the background music.

General Hammond isn’t seen in this episode but his voice is heard on the phone and G. Wood is credited in the closing credits.

The desk in Henry’s office is clearly not the same desk seen carried away by the helicopter.

I didn’t notice this myself but at the start of the episode Hawkeye and Trapper are operating without masks on.

Father Mulcahy is mentioned in this episode but doesn’t appear. At this point, Klinger had yet to be introduced.

Chopper pilot O’Brien is also mentioned by name in this episode. He makes an appearance in “Dr. Pierce and Mr. Hyde” during Season 2 and is referenced again in “Kim,” also in Season 2.

Is this the only episode in which the CO’s office is locked?

Jack So later made a second guest appearance in “Payday” during Season 2 while Robert Ito also guest starred in “The Korean Surgean” during Season 5.

13 Replies to “Episode Spotlight: To Market, To Market”