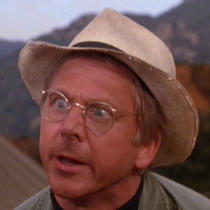 Capsule Summary: While the 4077th suffers through a water shortage, Father Mulcahy worries a nurse has developed feelings for him.

This is a rare episode where the “Nurse of the Week” isn’t just a random member of the 4077th nursing staff never seen or heard from again. We actually get a lot of background on Lt. Gail Harris: she resigned her commission, transferred to the 4077th recently, has only seven weeks left in the military, and plans to become a doctor.

Here’s my issue with the A Story: aside from the hug that admittedly lingered a bit too long, we never really get any indication that Lt. Harris actually has romantic feelings for Father Mulcahy. She does say “I guess I care more than I thought” after Mulcahy squirms out of the embrace but that could be nothing more than simple embarrassment. She later apparently tells Colonel Potter that she had “an unhappy love affair” with Mulcahy, which is at best a wild exaggeration. Perhaps she’s a pathological liar in addition to an overeager corrector who feels everyone is out to get her.

Are we really supposed to believe that Father Mulcahy never had to deal with a situation like this before? Rather than acting like an adult and simply talking things through with Lt. Harris he runs to Hawkeye, gets upset when Hawkeye is a little amused, and things spiral out of control from there, culminating in Colonel Potter’s hilarious speech.

We learn from Lt. Harris that all of the other nurses think she’s a traitor because she’s resigning her commission to become a doctor and Nurse Kellye derisively refers to her as “nurse doctor” in the O.R. I think focusing on that would have made for a strong episode.

The water shortage B Story is fine, nothing special. Of course Charles would find a way to survive during the shortage and of course it involve having his mother send him Vichy water. He’s lucky the water trucks made it through right after Hawkeye and B.J. stole his last bottle. 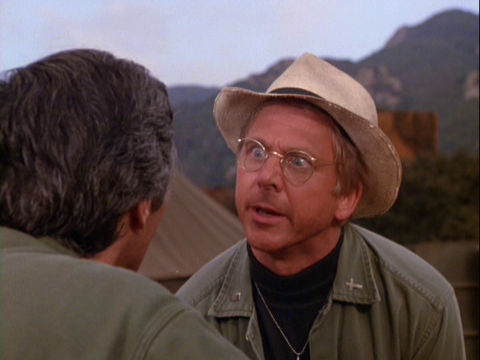 “She hugged the stuffing out of me!”

Colonel Potter mentions a dry stream, suggesting the 4077th isn’t just suffering from a water shortage but an actual drought. Speaking of water, nobody talks about the camp water tower, the one that was knocked over in “They Call the Wind Korea” but the end of the episode, Klinger tells everyone the storage tank has finally been refilled. So does the 4077th have a water tower and a storage tank?

I’m with Hawkeye. Creamed weenies are both inhumane and indecent.

This was one of 12 episodes from Season 8 featuring a special “Also Starring” credit for Gary Burghoff in the opening credits.