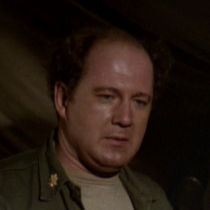 It’s hard not to think of “Dr. Winchester and Mr. Hyde” as a Very Special episode of M*A*S*H about the dangers of drugs and the perils of racing rodents. It’s too bad because Charles-on-amphetamines is actually an interesting story line, just not one that worked well within the confines of a weekly sitcom.

Is it believable that Charles would take amphetamines? I’m not sure. I can almost believe that he would feel the need to do something to maintain his supposed superiority over everyone else at the 4077th. And I can totally believe that he would assume he was intelligent enough to handle medicating himself. But would he actually go through with it? Especially after just having explained the dangers to Klinger?

Having never been under the influence of amphetamines I don’t know how realistic it is that Charles would get so worked up about the mouse race that he would feel the need to drug Daisy. Regular Charles probably wouldn’t have gotten involved in mouse racing unless he had some sort of guarantee that he would win a bundle, so maybe it makes sense.

I don’t like how this episode ends. Are we supposed to think that the entire camp knows that Charles took amphetamines? Only Hawkeye and B.J. knew for sure. Others probably noticed his behavior but it could have been explained away. Yes, Charles was ashamed of his behavior while dealing with the negative side effects of “bennies” but if nobody else knew would he really spend three days not talking to anyone? Maybe it took that long for him to recover. 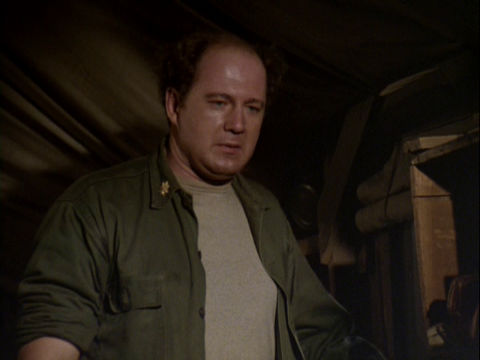 Charles needs to throw up.

This was the second episode to reference Robert Louis Stevenson’s Strange Case of Dr Jekyll and Mr Hyde. The first was “Dr. Pierce and Mr. Hyde” in Season 2.

One of the Marines says “The D.I. would use you for chewing tobacco.” Does anybody know what D.I. means?

Later, when Sergeant Solita shows up, he says “Hey, you LODOs, how ya doin’?” One possible meaning of the acronym LODO is “Left-Out and Drop-Out” which apparently has some military application.

This episode includes not one but two additions to the convoluted M*A*S*H timeline. One of the Marines is reading Catcher in the Rye, which was published in July 1951, so this episode must take place after that. We also know that it is four months before Valentine’s Day because Colonel Potter is sending a birthday card to his younger sister Madge who will be turning 50 on Valentine’s Day.

Charles tells Potter and Father Mulcahy that his little sister Honoria ran off and married a farmer. She later left him–so the family ostracized her–and went to live with a shoe clerk. In Season 8’s “Bottle Fatigue,” however, Charles gets very upset when Honoria announces she is engaged, presumably for the first time, to an Italian.