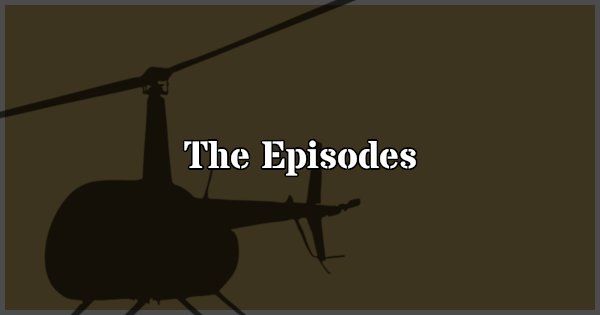 I tried to come up with a Monster Mash reference for the title of this post but just couldn’t get it to work. M*A*S*H had just one episode focusing on Halloween. It was Season 11’s “Trick or Treatment” (originally broadcast November 1st, 1982) in which a dead soldier comes back to life, the doctors share ghost stories, and Charles deals with a Marine who has a pool ball stuck in his mouth. Hawkeye, B.J., Colonel Potter, Margaret and Klinger are all seen wearing Halloween costumes. Here’s a good shot of most of them: 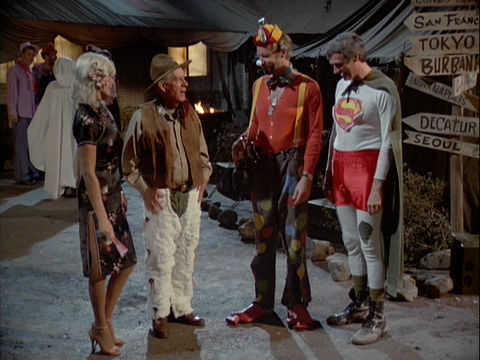 Notice the characters in the background are also dressed up. A ghost can clearly be seen. The best part of this episode was Charles pretending not to notice that the poor Marine (played by George Wendt) had a pool ball in his mouth. The worst part? B.J.’s clown horn.