Charles S. Dubin, whose prolific career as a television director spanned forty years, passed away on Monday (September 5th) at the age of 92. Dubin directed 44 episodes of M*A*S*H — more than any other person — as well as two episodes of AfterMASH and an episode of Trapper John, M.D.. According to his Internet Movie Database entry, Dubin’s first directing credits came in 1951. Over the next four decades he directed dozens upon dozens of episodes of now classic television programs like The Virginian, Medical Center, Ironside, Kojak, Hawaii Five-O, Lou Grant and Matlock. (He also directed episodes of lesser known shows, like The New People and Sons and Daughters.) 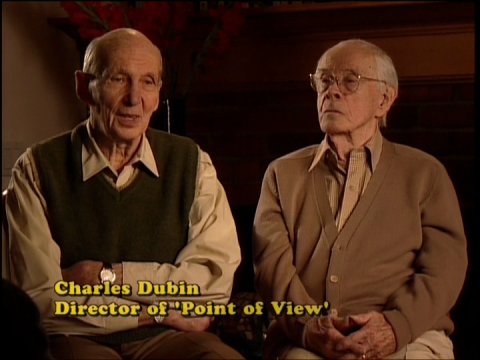 Dubin’s first M*A*S*H episode was director was “Smilin’ Jack” during Season Four; his last was “Give and Take” during Season Eleven. He directed “Point of View,” “Hot Lips Is Back In Town,” “Good-Bye Radar, Part I” (and Part II) and “Old Soldiers,” among many others. His 44 episodes equal roughly 17.5% of all 251 episodes of M*A*S*H.

In 2003, Dubin sat down for a lengthy interview with the Archive of American Television. Here’s a portion from that interview in which he discusses his work on M*A*S*H:

Writer Ken Levine, who worked alongside Dubin for many years, has posted a tribute at his blog. Obituaries can be found at Variety.com and The Los Angeles Times.