Pernell Roberts, who starred in Trapper John, M.D. on CBS from 1979 to 1986, passed away last week at the age of 81. I’m sure many people, myself included, know him better as Adam Cartwright from NBC’s Bonanza, which he left in 1965 after six seasons. Back when cable channel FX had the rights to M*A*S*H it also had the rights to Trapper John, M.D., at least for a while, and I recall two episodes airing back-to-back early on Sunday mornings during the late 1990s. 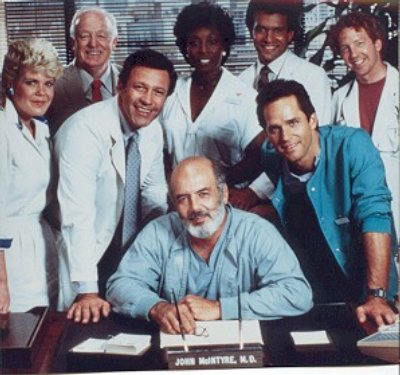 Technically, according to a court ruling, Trapper John, M.D. is a spin-off of the movie MASH and a “sister show” to M*A*S*H. Although never as popular as M*A*S*H<>, Trapper John, M.D. was a solid performer for CBS and gave Pernell Roberts a career resurgence. An obituary can be found at The New York Times.

7 Replies to “Pernell Roberts Passes Away”