I’ve been aware of this goof for years but until Maggie e-mailed me earlier this week I had more or less forgotten about it. In “Depressing News,” Hawkeye is seen wearing bright blue shoes while walking with B.J. towards the numerous piles of boxes filled with tongue depressors. I can’t identify the shoe but Maggie suggests it was an Adidas shoe popular in the 1980s. This could be considered an anachronism, given that the shows weren’t made until long after the Korean War ended, but I think it is more of a goof. 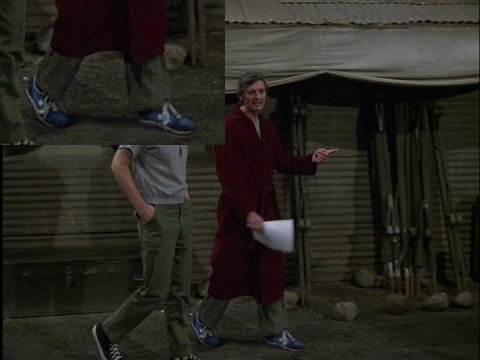